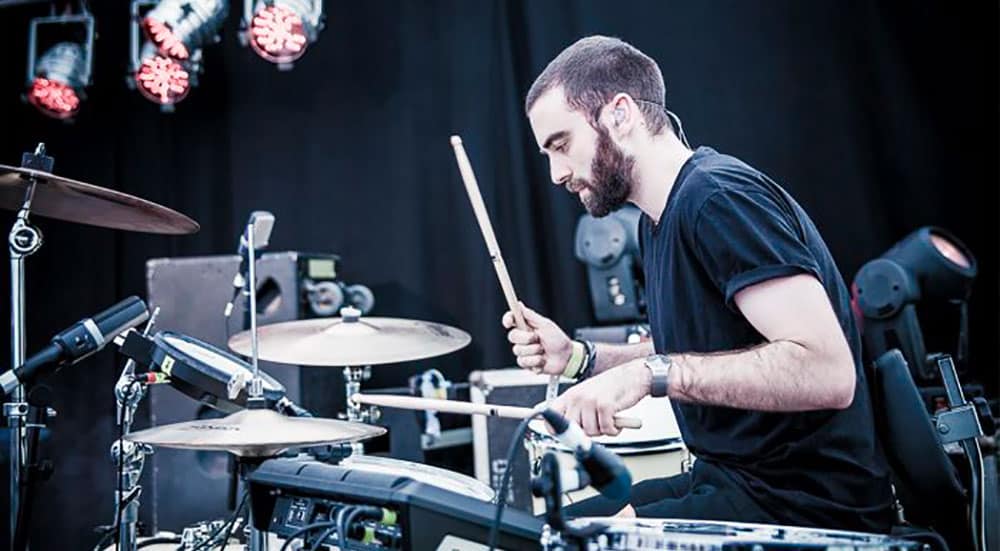 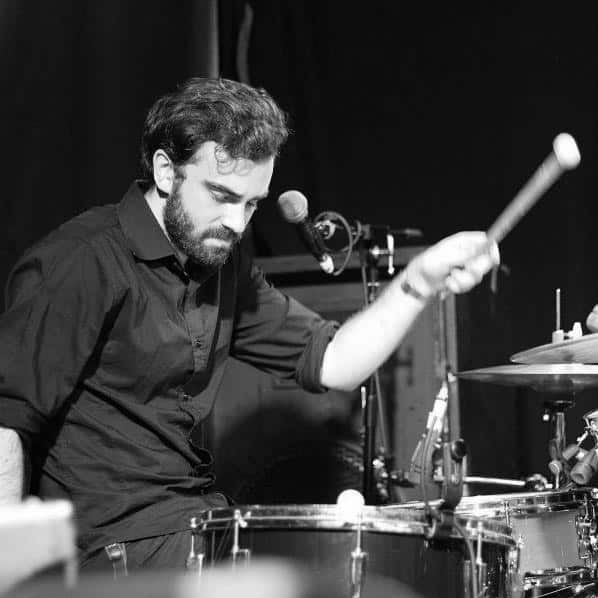 Muswell Hill drum teacher Joe Nicklin started out playing the drums at ten years old. He studied with Oxfordshire-based tutor Gary Marshall whilst building his profile playing in various bands across the UK and Europe in a whole range of venues.

Joe is a super friendly teacher. He tailors each of his lessons to meet the individual needs of the student. This is carefully balanced with developing a solid foundation in terms of technique, reading, aural skills and stylistic awareness.

To read more about Joe, his teaching style and his experiences on the road, check out our interview with him right here on our sister website!

"Joe has been teaching our daughter for two-years now. We were keen to keep lessons going during the lockdown and happily accepted the option of lessons via Skype. It is working really well, with the usual level of interaction and we are glad to see our daughter’s learning progressing unaffected."
Justyna RzeszotarskaParent
"Joe has taught drums to my teenage son for over two years. He has made the lessons engaging and fun and my son gained a distinction in his last graded exam. Joe is also reliable and has been flexible with lessons times where necessary. I wouldn't hesitate to recommend him!"
Lucie RaynerParent
"Joe is a great guy. Our eight-year-old daughter really enjoys the lessons. Joe understood very quickly both what she enjoyed and what she didn’t enjoy. She got 89% on her grade 1 which she was very happy with! She can’t wait to get going again after the summer holidays!"
Anna GentzelParent

Over the years, Muswell Hill drum teacher Joe has supported a whole range of major artists including Amy Winehouse, The Maccabees, Elvis Costello and Everything Everything to name but a few. He’s also played at Bestival, Field Day, Liverpool Sound City and Boardmasters festivals. In addition, Joe has also played legendary London venues including both Ronnie Scott’s Jazz Club and Scala.

When he’s not teaching, Joe works as the live drummer for London songsmith Astronomyy, who opened for London Grammar at their sold out Brixton Academy show and also appeared at Glastonbury Festival in summer 2015. Joe also toured the US coast to coast in summer 2018, supporting Oh Wonder which included additional headline shows.

Muswell Hill drum teacher Joe holds a BA (Hons) degree from the Academy of Contemporary Music (ACM), where he graduated in 2012 with first class honours. 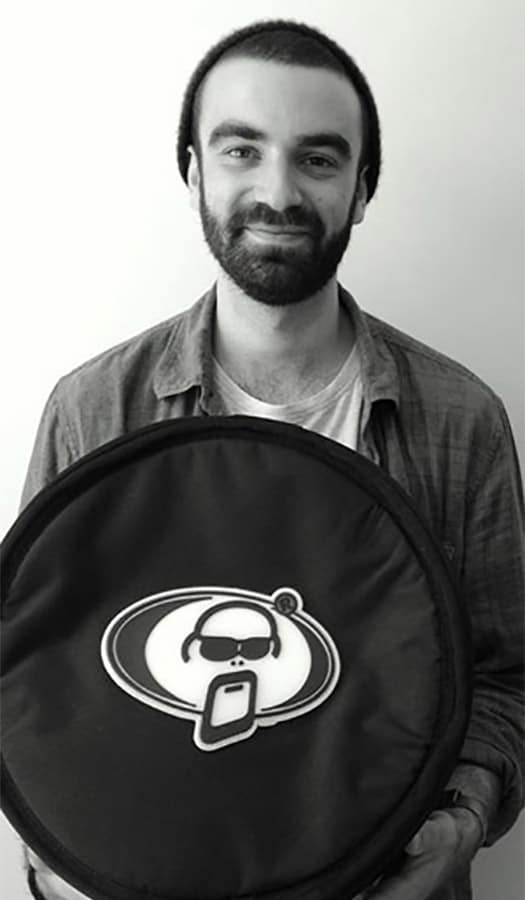 "Joe is a wonderful teacher. He's tutored my son and I for more than three years. It's a joy to see how far my son has progressed under Joe's teaching. Joe is a rare combination of skilled musician and patient teacher. It's no easy thing to teach an adult and child in the same lesson, yet Joe does both seamlessly. We recently moved to FaceTime. I'm pleasantly surprised with how well we've been able to continue our progress through meaningful lessons. Our time with Joe is a highlight of our week!"
Alex HagedornParent

"Make More Music is a pleasure to deal with. Our tutor Joe is an experienced and talented musician. He combines a very patient and methodical approach to the drums with an infectious energy and passion for music. He has established a great rapport with my 11 year old daughter. I would highly recommend him as a tutor and Make More Music as a great outfit!"
Matt DykesParent

If you’re looking for a Muswell Hill drum teacher and want to try a lesson with Joe, send us a message through the above form or contact us right here and we’ll get back to you as soon as possible to work out your slot! 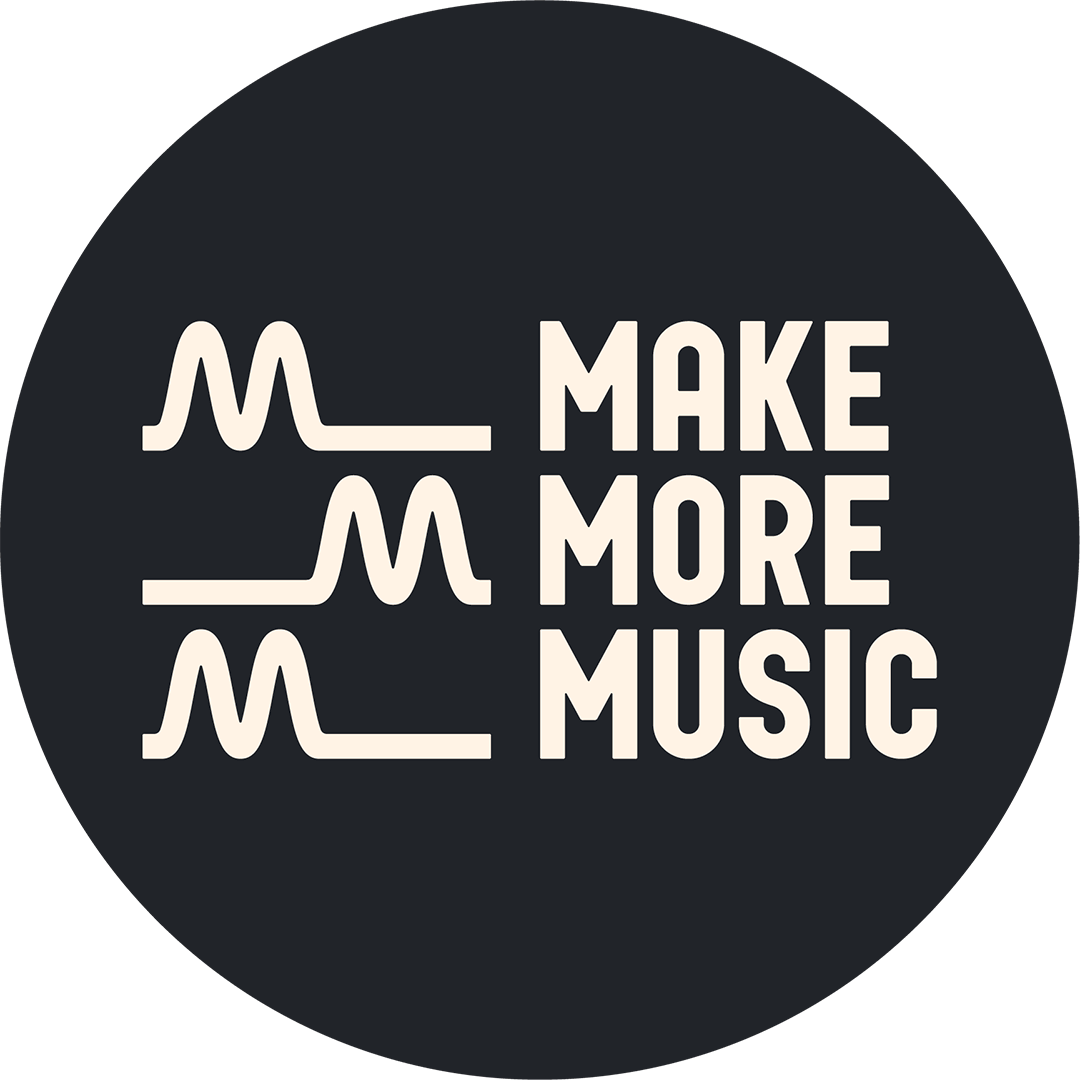